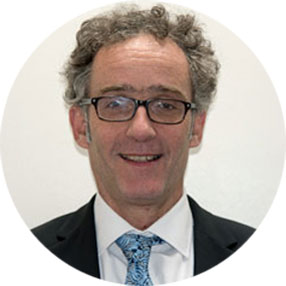 Michael is scientist in charge of the biomedical beamline ID17, dedicated to biomedical imaging, radiation biology and radiation therapy. Michael’s focus is on Microbeam Radiation Therapy (MRT) and he will lead the effort towards clinical trials.

Michael holds a PhD in Physics from the University of Dortmund. He is a solid-state physicist with particular interest in the investigation of the magnetic and electronic structure and dynamics of materials, studies at extremes of pressure and temperature, and X-ray instrumentation. He has more than 30 years of experience in X-ray science, working at DESY, Brookhaven National Laboratory, and the European Synchrotron Radiation Facility (ESRF).

From 2015 to 2019 he was the Head of the Instrumentation Services and Development Division, in charge of the ESRF’s instrumentation programme encompassing optics, detectors, mechanics, electronics, and software and control.

Michael was the Coordinator of the ESRF-UP and CRISP FP7 grants.