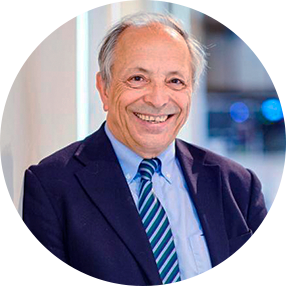 Patrick graduated from Sciences Po, University of Paris II (doctorate in law) and the National School of High Administration. He occupied during his career in the French administration several positions in the Ministry of Economy and Finances and the Caisse des Dépôts. He created in 2006 in CDC an innovation department which operated in the patent economy, technology transfers from universities and SMEs support and created France Brevets.

Since February 2014, Patrick Terroir, became a lawyer and created Innovation Legal, which is active in innovation and intellectual property economy. He advised in several European programs, and chairs the Patent and Technology Licensing Committee of Licensing Executive Society International since May 2015.

Patrick Terroir is also a teacher in innovation economics in Sciences Po Paris and wrote several articles and reports (among them: “Creating new infrastructure and a new mode of functioning for a true knowledge economy in Europe”, Europartenaires Report, January 2013, “Rebalancing patent economy”, IAM review, March 2014, “The SMEs and the patent challenge”, Special issue of Les Nouvelles (LESI), September 2017).