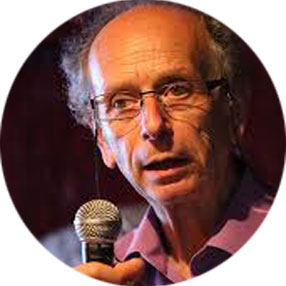 He is chairing the KM3NET (ESFRI project) Scientific and Technical Advisory Committee. He was chairing one of the 5 ERC Synergy panels in 2014, which he was member in 2013. He got the Felix Robin French Physical Society Prize (one of the most prestigious prizes in France) and is fellow of the European Physical Society. He is “Chevalier dans l’ordre de la Légion d’honneur” and “Officier dans l’Ordre du Mérite”.

As graduate of the Ecole Polytechnique, Michel Spiro wrote his PhD thesis in sciences, in Saclay at the CEA (French Atomic Energy Commission) where he started working in 1970. He was promoted to the position of director of the Particle Physics Section of DAPNIA (Astrophysics, Nuclear and Particle Physics Department in CEA) in 1991 and led the section until 1999. He became chargé de mission of the CEA and assistant scientific director in CNRS, responsible for astroparticle physics and neutrinos. He took over the leadership of DAPNIA in 2002. From 2003 to 2010 he was appointed Director of IN2P3 (National Institute for Nuclear Physics and Particle Physics) in CNRS. Beginning of 2010, he was elected President of CERN Council for a period of 3 years.

His initial research in particle physics led him to participate in the discovery of intermediary W and Z bosons (UA1 experiment). He then became involved in the study of particles from the cosmos and participated in the Gallex experiment for the detection of solar neutrinos and the brown dwarf experiment that then evolved into the one of the first microlensing project in the world, which he was leading, for the search for dark matter (Eros).