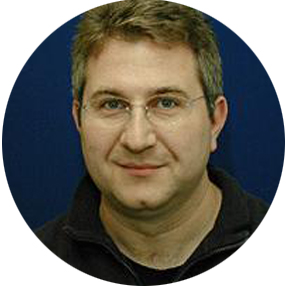 Ralf Kaiser has been in Glasgow since March 2001. Originally he is from Germany, from Rheine, a town close to the border to Holland. He studied Physics and Mathematics at the University of Münster and did a Diplom thesis with the ZEUS experiment at DESY in Hamburg. His PhD is from Simon Fraser University in Vancouver, B.C., Canada; the research was carried out at the Canadian national laboratory for subatomic physics, TRIUMF, and at the HERMES experiment at DESY. Before he came to Glasgow he spent 3 years as a DESY fellow in Berlin, working at DESY-Zeuthen.

Prof. Kaiser work where nuclear and particle physics meet: in hadron physics. Specifically he is the project leader for the HERMES Recoil Detector project, which aims at measuring hard exclusive electron scattering reactions by detecting the recoiling proton. Previously he was software coordinator for the HERMES RICH Detector and thus responsible for the identification of hadrons at HERMES. The main direction of HERMES Physics is the investigation of the spin structure of the nucleon. He is very interested in detector development, especially in particle identification. He also has been involved in the planning of the fixed target experiment TESLA-N at the TESLA linear collider.