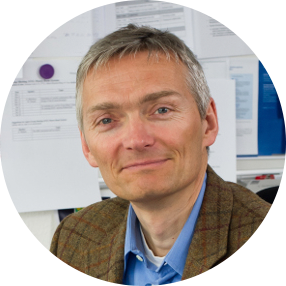 Currently holding the position of Scientific Director of European XFEL, my main research interests are in the field of ultrafast x-ray science. This activity was started in 2001 following the involvement with FEL sources and their scientific applications.

With the availability of highly intense and ultrashort FEL pulses at FLASH and LCLS, but also the availability of high power optical lasers installed next to an FEL instrument, the emphasis of activities shifted towards the investigation of ultrafast dynamics in the regime of condensed matter under extreme conditions. In this area several milestone experiments were carried out using FLASH, LCLS and more recently SACLA. These experiments provided new observations of the interaction of intense x-ray pulses with matter (B. Nagler et al., Nature Phys. 5, 693 (2009)) and of the dynamics of excited matter following absorption of energetic photons (R.R. Fäustlin et al., Phys. Rev. Lett. 104,125002 (2010)), but also investigated the properties of dense, extreme matter states (C. Brown et al., Sci. Rep., DOI: 10.1038/srep05214, (2014)).